“A king who doesn’t demand to eat us!”

An outsider with a coat of many colours arrives in an established kingdom and rises to a position of authority. No, I’m not talking about yesterday’s story of Joseph; I’m talking about The Multi-Coloured Jackal (“Animated Tales of the World,” 2004), a story from India:

So he told them his scheme
for a Saviour Machine
they called it the Prayer
its answer was law ….

They’ve got earthquake machines and UFOs
and black helicopters wherever we go ….

I posted this in the comments section of a post by Stephan Kinsella, but I thought it was worth pulling out separately:

When I was living in the Boston area (early 80s), many subway stops still had these ancient escalators with slippery, oddly-angled wooden steps that always made me clutch the handrail for dear life. Last time I was there they seemed to be gone, though I obviously didn’t check every stop. 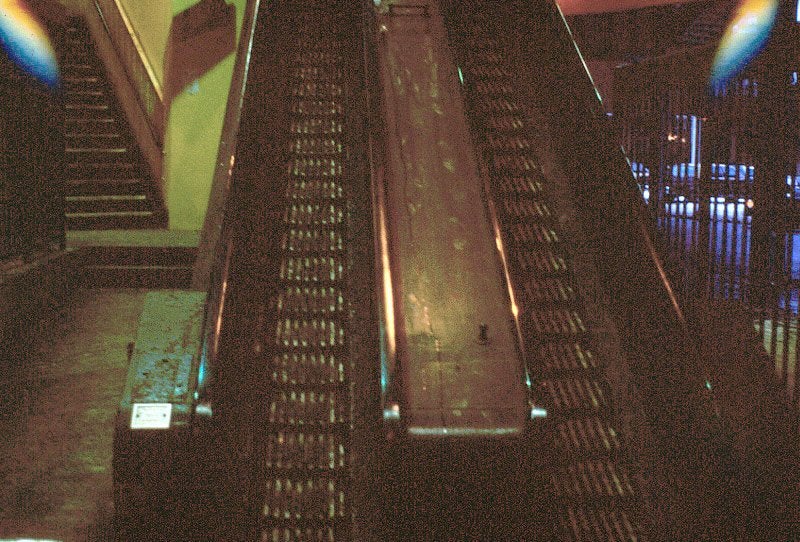 Those wooden escalators encapsulated everything I love and everything I find unlovely about New England in one tidy package. An aversion to the new and flashy, a determination to make do with the old until it absolutely positively cannot be used any more, like using a pencil down to the shortest nub that can still conceivably be grasped with the fingers. On the positive side, an aversion to wastefulness, a rock-ribbed reliability, and a skepticism toward the showy, shallow, and gimmicky. On the negative side, a stingy meanness and hidebound traditionalism, a cramped narrowness of perspective.

New England is in those respects – both the good and the bad – the polar opposite of southern California, my first home, where I also find much to love and much unlovely.

Maybe Montesquieu was on to something with his theory of climate as an influence on culture.

When I think about either New England or southern California, though, my feelings of love predominate over my misgivings.