One of the tragic aspects of the emancipation of the serfs in Russia in 1861 was that while the serfs gained their personal freedom, the land – their means of production and of life, their land was retained under the ownership of their feudal masters. The land should have gone to the serfs themselves, for under the homestead principle they had tilled the land and deserved its title. Furthermore, the serfs were entitled to a host of reparations from their masters for the centuries of oppression and exploitation. The fact that the land remained in the hands of the lords paved the way inexorably for the Bolshevik Revolution, since the revolution that had freed the serfs remained unfinished.

The same is true of the abolition of slavery in the United States. The slaves gained their freedom, it is true, but the land, the plantations that they had tilled and therefore deserved to own under the homestead principle, remained in the hands of their former masters. Furthermore, no reparations were granted the slaves for their oppression out of the hides of their masters. Hence the abolition of slavery remained unfinished, and the seeds of a new revolt have remained to intensify to the present day. Hence, the great importance of the shift in Negro demands from greater welfare handouts to “reparations”, reparations for the years of slavery and exploitation and for the failure to grant the Negroes their land, the failure to heed the Radical abolitionist’s call for “40 acres and a mule” to the former slaves. In many cases, moreover, the old plantations and the heirs and descendants of the former slaves can be identified, and the reparations can become highly specific indeed.

Mary Shelley’s Frankenstein (1818; rev. ed 1823) is often referred to as the first science-fiction novel. I don’t think it is that; there are, for example, the earlier stories of voyages to the moon by Francis Godwin in 1638 and Cyrano de Bergerac in 1657 (no less an authority than Arthur C. Clarke credited Cyrano’s book with anticipating the ramjet), to say nothing of Lucian’s similar tales fifteen centuries before those. But Frankenstein certainly represents a major pioneering work in science fiction, and the next three songs all have some connection to it.

“Puttin’ on the Ritz” began life as a racist and classist song making fun of working-class blacks trying to put on airs and dress fashionably; the original lyrics referred to “Lenox Avenue” (in Harlem), “every Thursday evening” (the traditional maids’ night off) instead of “Park Avenue,” and “fifteen dollars” (and “see them spend their last two bits”) instead of “lots of dollars,” and included such charming lines as:

Here’s Fred Astaire singing the same original-lyrics version, also in 1930; you can hear the lyrics a bit better in this one:

In 1946, Berlin rewrote the lyrics, likewise for Fred Astaire, to make it a song about upper-class (and presumptively white) people instead of lower-class black people, and this version of the lyrics became the standard one:

But then, in 1974, the performance of the song by Gene Wilder and Peter Boyle in Mel Brooks’ movie Young Frankenstein forever cemented its connection to the Frankenstein legend:

H. P. Lovecraft’s short story “Herbert West – Reanimator” is a modern updating of the Frankenstein story. It’s far from being his best story, and Lovecraft was never happy with it; but its mad-scientist protagonist is nonetheless one of the many Lovecraft characters to appear in the Lovecraft-inspired parody musical Shoggoth on the Roof, in which various songs from Fiddler on the Roof are rewritten with humourous lyrics reflecting the Lovecraft mythos. (Alas, the musical’s actual stage performance is illegal, because IP.) Here, for example, “To life, to life, l’chaim!” becomes “To life, to life, I’ll bring them!” – which is arguably the cleverest change in the lot.

And here’s the Re-Animated version:

Finally, this next song is especially appropriate to Hallowe’en, which is nearly upon us.

While “Monster Mash,” sung in imitation of Boris Karloff’s voice (except for Dracula’s line about the Transylvania Twist, where Pickett imitates Bela Lugosi instead), invokes various popular movie monsters, the centerpiece of the song is the Frankenstein legend. Indeed, Lugosi-Dracula’s “Transylvania Twist” line is a complaint about his own dance being displaced in popularity by the Frankenstein-inspired “Monster Mash” dance. (Pickett did indeed release a “Transylvania Twist” number, but it’s poor competition for the Mash.) Here, by contrast with the movie version, the Karloff voice seems to be the doctor’s rather than the monster’s (“I was working in the lab late one night”), although at some point the perspective may shift to that of the monster (if, as I suspect, “get a jolt from my electrodes” refers to the electrodes embedded in the monster’s neck in the Karloff movies – and Pickett’s Karloffian facial expressions in the video also suggest the monster more than the scientist).

The song was initially banned by the BBC for being “too morbid.” 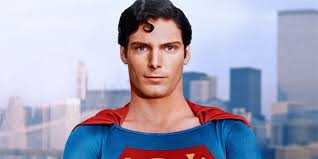 I keep seeing people online complaining that superhero movies and tv shows are now completely dominated by women and minorities.

So let’s take a peek at what domination looks like. Here are the stats from the past 20 years. (In some cases assigning a show to a particular category was a judgment call, open to reasonable challenge; but the overall shape of the info seems clear enough.)

Superhero / comic-book shows, Marvel or DC only, live-action only, tv-shows or theatrical movies only, 2000-present only:

Mixed ensemble, one leader white and male, one white but not male:
X-Men: Dark Phoenix (2019)

(For my own take on Othello, see here.) 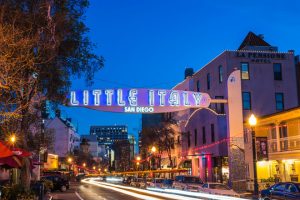