From a man swallowed by a giant fish to a man nearly swallowed by a giant snake – Mozart’s Magic Flute (1995), part of the Middelboeverse “Operavox” series. The animation is batshit crazy – but no crazier, really, than the loony plot of the opera it’s adapting (complete with sexist and racist bullshit, Masonic rituals, and characters dressed as birds for no obvious reason).

The stylised, elongated figures seem to be influenced by such art nouveau and art deco artists as Erté and Aubrey Beardsley, with perhaps some influence from the likes of Ferenc Helbing, Gustav Klimt, and Jean Giraud as well – and maybe even a touch of the art from “The Yellow Submarine” and Monty Python? 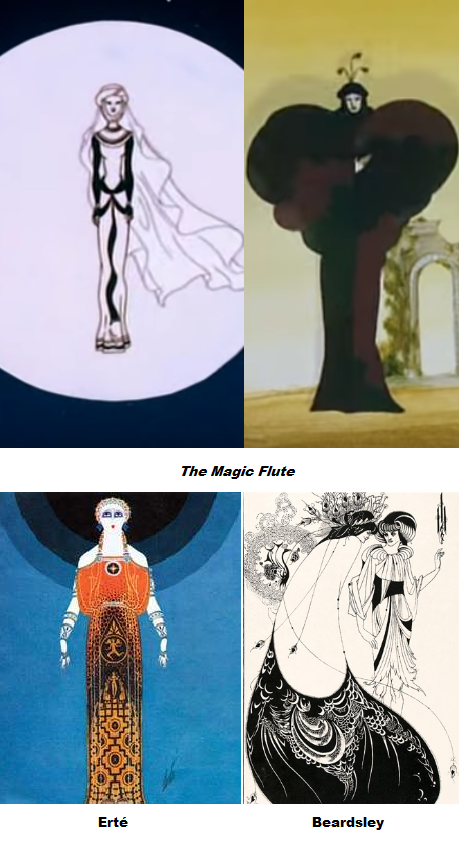 The dancing hippos and crocodiles are of course a nod to Disney’s Fantasia: 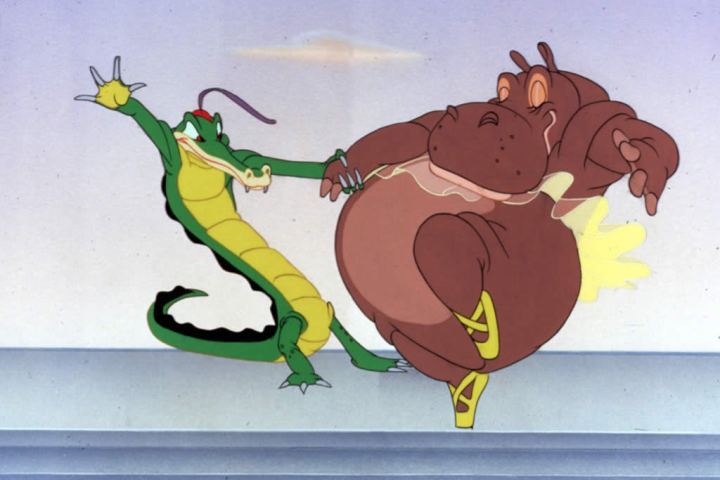