This is a nice video of the neighbourhood I stayed in, in Athens:

As I hinted yesterday, I’m following up my month of Leonard Cohen songs with a series of songs with science-fiction themes. As with the Cohen series, I’ll post two songs per day. (Think of it as a kind of “science fiction double feature,” to coin a phrase.) (Also, note that – again as in the Cohen series – dates given are the year of the song’s initial release, which may be different from the year of composition and/or the year of the particular recording used.) 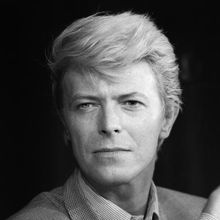 There’ll be a few differences from the Cohen series, however. One is that this series will last longer than a month. (How long? Until I get sick of it, or too busy. No promises.) For another: I can’t think of any major pop star who has engaged with science-fiction themes more frequently than David Bowie (including, e.g., bits of slang from A Clockwork Orange in non-sci-fi-themed songs I’m not planning to post, such as “Suffragette City” and “Girl Loves Me”). So for the first month and a half or so, I’ll be pairing a Bowie song with a non-Bowie song for each post – attempting a thematic pairing when possible, but it won’t always be. But the series will then continue without Bowie for probably a month or two more. Maybe.

I’ll once again be trying for a mix of more and less well-known songs, earlier and later songs, etc. There’ll be a bit more commentary from me this time than was the case for the Cohen series, but I expect commentary will still be the exception rather than the rule.

But at least Bowie did get to play the enigmatic alien visitor Thomas Jerome Newton in The Man Who Fell to Earth and the manipulative, seductive Goblin King in Labyrinth, both of whom are kind of in the relevant ballpark.

Anyway, proceeding to our first pair of songs:

The benevolent Starman who might “blow our minds” if he descends is a kind of amalgam of the Martian messiah in Robert Heinlein’s Stranger in a Strange Land (even if Bowie dismissed that book as “too flower-powery” – take that, Lt. Heinlein, you’re too flower-powery for Ziggy Stardust!) and the Starchild who appears above the earth at the end of 2001: Space Odyssey; and the Starman’s call to “let all the children boogie” and “don’t tell your papa” seems flower-powery enough, a utopian vision of the 1960s youth revolt. Moreover, the suggestion that we can induce him to land on earth if we ourselves “sparkle” in response to his visible light in orbit overhead is reminiscent of the lines from Hair:

On the other hand, the Starman’s warning to humanity “not to blow it” is perhaps an echo of the somewhat sterner alien emissary in The Day the Earth Stood Still.

But the song’s central conceit – a terrestrial radio picking up subversive messages from a benevolent extraterrestrial source in orbit – seems above all to prefigure Philip K. Dick’s novels Radio Free Albemuth and VALIS of several years later. Perhaps Dick was influenced by Bowie; or perhaps both were influenced by the famous opening lines of the Outer Limits tv show: “There is nothing wrong with your television set. Do not attempt to adjust the picture. We are controlling transmission.”

Or maybe all three of them were picking up some hazy cosmic jive from … the Twilight Zone. Or, sorry, the Outer Limits.

On a similar theme of a friendly alien force taking over terrestrial radio transmissions, with a more explicit reference to the Outer Limits opening (and a passing nod to David “Boowie”):