Continuing the courtly-love theme: the following comments on Andreas Capellanus’s definition of love were written for my mediæval philosophy course page, but I thought others might be interested also:

Love is a certain inborn suffering derived from the sight of and excessive meditation upon the beauty of the opposite sex, which causes each one to wish above all things the embraces of the other and by common desire to carry out all of love’s precepts in the other’s embrace.

(Contrast Richard de Fournival’s more unruly and ecstatic definition of love as “a folly of the mind, an unquenchable fire, a hunger without surfeit, an agreeable illness, a sweet delight, a pleasing madness, a labor without repose and a repose without labor.”)

The word here translated “suffering” is passio, which could be translated as “passion” or still more weakly as “feeling,” “emotion,” or even “undergoing” – though “suffering” does capture the mood of much (not all) of the courtly-love literature that Andreas is seeking to systematise, and what Andreas goes on to say does suggest that “suffering” is the best translation.

It’s worth noting that Wittgenstein argues against this approach to defining love:

Love is not a feeling. Love is put to the test, pain not. One does not say: ‘That was not true pain, or it would not have gone off so quickly’.

Incidentally, writer Steven Moffat puts the Wittgensteinian view into the mouth of Doctor Who: “Love – it’s not an emotion; love is a promise.”

Of course it’s the same author who tells us, in his Jekyll adaptation, that “love is a psychopath,” so make what you will of that:

Returning to Andreas’s definition: Andreas insists that love must originate in “sight,” and accordingly draws the corollary on p. 33 that “blindness is a bar to love.” Yet on p. 35 he tells us that “a well-instructed lover, man or woman, does not reject an ugly lover if the character within is good,” which would seem to cast doubt on the central role of sight. And on p. 92 he has one of his lovers tell his beloved that he thanks God that “it is now granted me to see with my eyes what my soul has desired above all else to see,” since “the whole world extols your virtue and your wisdom,” with the result that he has been “tormented” by “so great an impulse to see you” –implying that he has in effect fallen in love with her sight unseen, or at least gone a long way toward doing so – contrary to the definition.

(That it was possible to fall in love with someone one had never seen or met, simply by reputation, was in fact a recurrent theme in many troubadour love songs, most notably those of Jaufré Rudel, whose songs of amor de lonh, “love from afar,” inspired a probably fictional biography of Rudel himself [involving his falling in love by hearsay with the countess of a Crusader kingdom in North Africa, traveling to meet her, taking sick on the journey, and finally arriving only to collapse dead in her arms], which in turn inspired Edmond Rostand’s play The Faraway Princess – one of two Rostand plays on courtly-love themes, the other of course being Cyrano de Bergerac, which is a perfect example of the adulterous, unconsummated, ennobling passion of a lover who is physically ugly and financially poor, but skilled in both the arts of war and the language of courtship, and worthy in character, and able to win his beloved’s heart when he speaks to her unseen:

Compare also Marie de France’s courtly romance Le Fresne, in which the hero, before ever having met the heroine, “heard tell of the maiden and began to love her”; her Yonec proceeds similarly, while in her Milun and Lanval it is the heroine who falls in love with the hero without having seen him. Ibn Hazm, in The Dove’s Neck-Ring (often regarded as a predecessor to and possible influence on Andreas’s book), notes similar examples in Arabic poetry. Anyway, my point, and I do have one, is that if Andreas’s goal is to systematise the themes of the troubadour songs and courtly romances, then his emphasis on the necessity of sight is probably a mistake, and at any rate he does not seem to have stuck to it consistently.)

“Excessive”: Don Monson, in his book on Andreas, argues that the word translated here (immoderata) can simply mean “immense” with no necessary suggestion of being overly immense.

“Opposite sex”: one difference between the Christian courtly-love tradition and its Arabo-Andalusian antecedents, as Arabic love-poetry is frequently homoerotic. (Although apparently-homoerotic love poetry is not by any means nonexistent in mediæval Christendom….)

At least one more post on courtly love yet to come …. 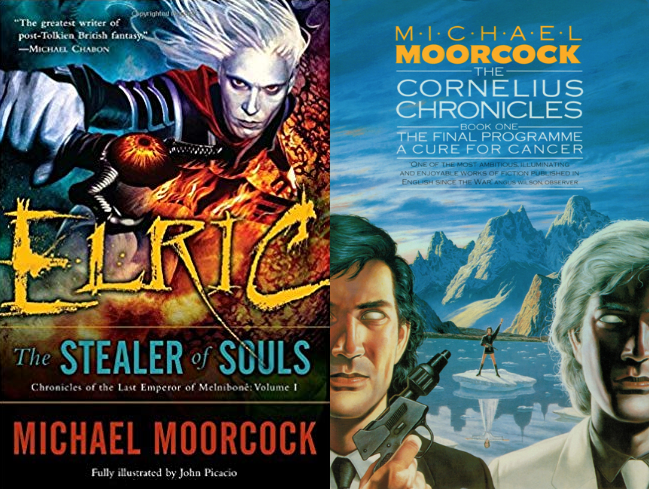