Does Ælred of Rievaulx, in his dialogue On Spiritual Friendship, identify friendship with God?

(No, that’s not the question for Latinists. Not yet. I need to lay out the background first.)

That identification is one of the claims he’s best known for; but the attribution has also been challenged. 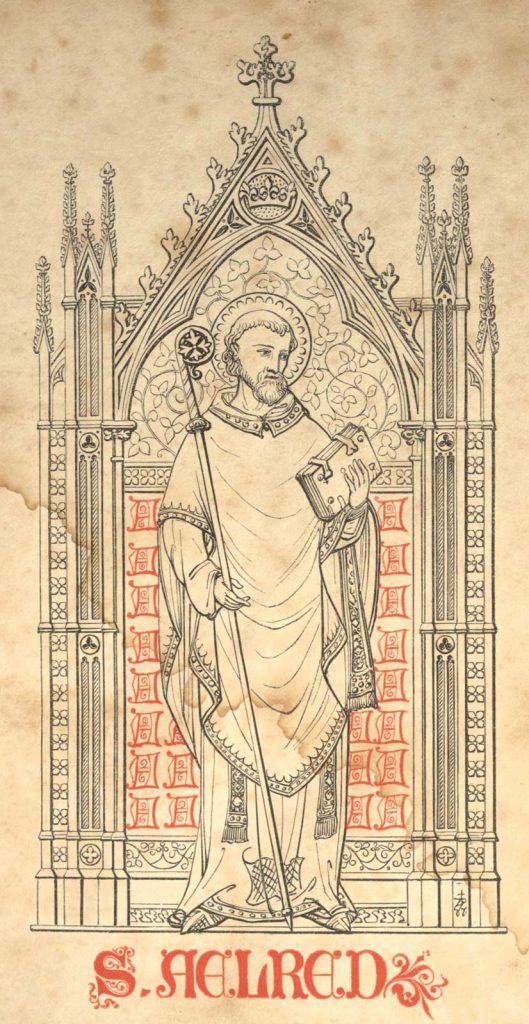 As an example of the attribution: in his friendship anthology, introducing an excerpt from Eugenia Laker’s translation of Ælred, Michael Pakaluk (whom incidentally I recall as a T.A. when I was in college) writes:

By contrast, Marsha Dutton, in her introduction to Lawrence Braceland’s translation, says:

Aelred … rejects the temptation to equate God with friendship, an equation that would make God identical with and thereby limited to friendship. … Frustratingly, the misunderstanding that Aelred attempted to avoid by twice explicitly rejecting the identity of friendship and charity is today the treatise’s best-remembered and most frequently quoted idea ….

Well, let’s take a look at the relevant passage.

Some context: earlier in the dialogue, Ælred’s interlocutor Ivo has asked whether friendship (amicitia) and love/charity (caritas, charitas) are the same thing, and Ælred has replied in the negative, on the grounds that caritas is something that Christians are bound to extend to all humankind, even to the wicked and hostile, while friendship can exist only where there is intimacy and mutual trust – although this division between amicitia and caritas is in turn something that exists only because of the Fall and would not have arisen among humans in an unfallen condition. Thus friendship (at least in its highest and true form) is suggested to be greater than caritas, since friendship implies or includes caritas while caritas does not necessarily imply or include friendship.

Ælred has gone on to claim that (true) friendship is like wisdom in that it cannot “entirely” (prorsus) be misused (a qualification that invites more elaboration than it receives), and that although friendship is perhaps technically inferior to wisdom, it is so close to or so pervaded by wisdom that he would “almost say” (pene dixerim) that friendship is “nothing other than” (nihil aliud esse quam) wisdom.

It is at this point that Ivo asks whether we should then say of friendship what St. John says of caritas (“God is love [agapē]; and he that dwelleth in love dwelleth in God, and God in him” – I John 4:16), namely that friendship is God, or equivalently that God is friendship (Deus amicitia est). And here Ælred replies … well, now it depends on the translation.

In Laker’s rendering, Ælred responds with a yes:

That would be unusual, to be sure, nor does it have the sanction of the Scriptures. But still what is true of charity, I surely do not hesitate to grant to friendship, since “he that abides in friendship, abides in God, and God in him.”

Braceland, by contrast, has Ælred respond, if not quite with a no, than at least with a refusal to say yes:

This is novel indeed and lacks the authority of the Scriptures. The rest of that verse about charity, however, I surely do not hesitate to attribute to friendship, because the one who remains in friendship remains in God, and God in him.

Note that nowhere here is there any hint either of Pakaluk’s suggested reason for a yes (trinitarian considerations) or of Dutton’s suggested reason for a no (namely that if God is caritas, and friendship is narrower than caritas, then friendship must be narrower than God – which I’m not at all sure is how mediævals would have thought such predications worked, especially given that Ælred seems to regard friendship as a higher form of caritas, the form that would have been identical with caritas among unfallen humans). The only reason against the identification of friendship with God that Ælred gives is that it is unusual and lacks scriptural authority; and the only definite reason in its favour that the immediate text offers is that as with caritas (which is God), so with friendship, those who abide in it abide in God and vice versa (which is no surprise if friendship brings caritas with it).

So what does the text I’ve put in bold above actually say? In the original Latin, the phrase is:

To me the natural reading of the Latin is:

That is indeed out of the ordinary, nor does it have authority on the basis of the Scriptures: nevertheless, that which follows concerning charity, I assuredly feel no uncertainty in ascribing to friendship, since ….

Laker seems to have taken quod … sequitur de charitate to mean that “whatever follows from [the nature of] charity,” i.e., whatever is true of charity, is likewise true of friendship – which would imply that friendship must be God, since charity is so. The force of the tamen (“nevertheless”: Laker’s “still” and Braceland’s “however”) would then be: despite this identification being unusual and not sanctioned by Scripture, I nevertheless endorse it. 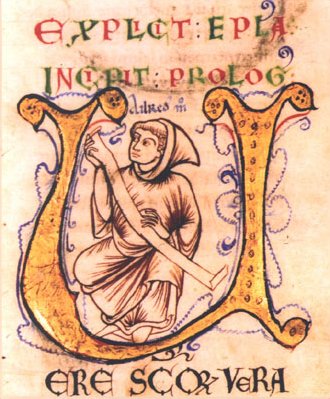 But “follows from [the nature of] charity” does not strike me as a natural reading of sequitur de charitate. If that were what Ælred were trying to say, I would expect sequitur charitatis or sequitur ad charitatem. To me, “that which follows concerning charity” seems to mean, rather, “what the Bible verse goes on to say about charity after saying that charity is God” – namely that those who abide in it abide in God and vice versa – and that would seem to support Braceland’s translation, “The rest of that verse about charity.” The force of tamen would then be: while I’m not prepared to ascribe to friendship what the first part of that verse ascribes to charity (namely identity with God), I’m nevertheless happy to ascribe to friendship the rest of what the verse ascribes to charity.

However, I would welcome confirmation or disconfirmation from anyone with a surer grasp of the nuances of Latin, especially mediæval Latin, than I possess. Hence this post.

Two songs I don’t quite know how to categorise: