Imagine the following scenario: You’re driving along one fine evening, pretty thoroughly drunk, and ram your car through police tape and into a barricade. Suppose further that the barricade you’ve smashed into is in front of the White House. For good measure, let’s add that the police tape you broke was marking off an active crime scene — an ongoing bomb investigation, which you’ve now dangerously disrupted.

The cops quickly approach your car. What are your chances of avoiding arrest, or worse?

Oh wait, I forgot to mention that you’re a Secret Service agent. So it turns out you don’t get shot, or tased, or roughed up, or slapped in jail, or even detained. You just go home. 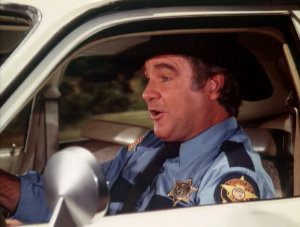 Precisely this scenario unfolded on March 4, with two seemingly intoxicated Secret Service agents crashing into a barricade at the east entrance to the White House grounds, nearly running over a suspicious object that agents on the scene were in the course of investigating as a possible bomb.

Officers on duty wanted to arrest the two or give them sobriety tests, but were instructed by a supervisor to let them go. They’ve been placed in “non-supervisory, non-operational” (but presumably paid) positions pending further investigation. What are the odds that this would have happened to you or me?

Predictably, the incident has led to renewed calls for major reforms of the Secret Service. But the double standard — leniency for the elite in-group, severity for the rest of us — is inherent in the system and cannot be corrected by mere reforms.

Implicit in the idea of a governmental police force, from the Secret Service down to your local beat cop, is inequality of rights. Police by definition are supposed to have rights that other people don’t have: Rights to stop, search, or incarcerate peaceful people, and to use deadly force against those who resist.

But as long as this double standard is inherent in the police system as such, all attempts to reform the system are destined to fail, whether in Staten Island, in Ferguson, or in the Secret Service. So long as power corrupts, and attracts the corruptible, any system characterized by inequality of rights renders abuse inevitable. Reforms that target only the symptoms (abuses) and not their root cause (unequal rights) will achieve, at best, only limited success.

The right to use force in defense of oneself or others is a basic and universal human right. But the rights that police claim for themselves go beyond this. Tossing someone in jail for smoking a joint, or shooting them when they resist being thus kidnapped, cannot plausibly be construed as defense.

And anything a cop is allowed to do that an ordinary citizen is not — carry a gun, perform arrests, and so on — violates the basic equality of rights enshrined in the Declaration of Independence (“all men are created equal”) and the Constitution (“equal protection of the laws”).

If we do not wish to perpetuate a two-tiered system of justice, any purported right must either be extended to all or denied to all.

There’s nothing wrong with a group of people choosing careers specializing in rights-protection. But it makes no more sense to give such people special rights, rights denied the rest of us, than it does to give professional bakers the right to prevent you from baking bread in your kitchen. A free society cannot recognize special rights enjoyed by some and denied to others.

So long as we permit the double standard inherent in a system of government police, abuses will continue, and reforms will founder.