Are the wildfires that have been devastating California a gift from government? So argues William Finnegan in a recent article, “California Burning.”

According to Finnegan, the seeds of disaster were planted when the mission of the U.S. Forest Service was expanded in the early decades of the 20th century:

The Forest Service, no longer just a land steward, became the federal fire department for the nation’s wildlands. Its policy was total suppression of fires …. Some experienced foresters saw problems with this policy. It spoke soothingly to public fears, but periodic lightning-strike fires are an important feature of many ecosystems, particularly in the American West. Some “light burning,” they suggested, would at least be needed to prevent major fires. William Greeley, the chief of the Forest Service in the 1920s, dismissed this idea as “Paiute forestry.”

(These facts incidentally give the lie to the common notion that American indigenous peoples were not entitled to property claims to their lands because they had not engaged in sufficiently transformative labour upon them.) 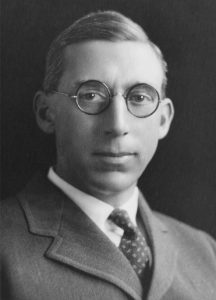 The total suppression policy of the Forest Service and its allies (the National Park Service, for instance) was exceptionally successful, reducing burned acreage by 90 percent, and thus remaking the landscape again – creating what Paul Hessburg, a research ecologist at the Forest Service, calls an “epidemic of trees.”

Preserving trees was not, however, the goal of the Forest Service, which worked closely with timber companies to clear-cut enormous swaths of old-growth forest. (Greeley, when he left public service, joined the timber barons.) The idea was to harvest the old trees and replace them with more efficiently managed and profitable forests. This created a dramatically more flammable landscape.

In other words, an alliance between big business and big government is responsible for rendering America’s wilderness areas exceptionally vulnerable to massive wildfires.

Free the Earth, Left-Libertarian, Thank You Please May I Have Another

2 Responses to Reign of Fire