[W]hile libertarians enthusiastically embrace markets, they have for decades made the disastrous mistake of appearing hostile to family, to religion, to tradition, to culture, and to civic or social institution[s] – in other words, hostile to civil society itself.

This is a dubious package-deal. Many libertarians have been hostile to religion (often for good reason). Hostility to family per se is not terribly common (leaving aside Molyneux), though hostility to family-based oppression is. As for tradition, libertarians – like everybody else – embrace some traditions and reject others.

But the real howler is the alleged hostility to “culture, and … civic or social institutions.” Where are there any examples or evidence of this?

[I]t is reasonable to believe that a more libertarian society would be less libertine and more culturally conservative – for the simple reason that as the state shrinks in importance and power, the long-suppressed institutions of civil society grow in importance and power. And in a more libertarian society, it’s harder to impose the costs of one’s lifestyle choices on others.

As I see it, this gets things precisely backwards. States impose uniformity; civil society, freed of state control, caters to diversity. It’s true, to be sure, that a libertarian society makes it “harder to impose the costs of one’s lifestyle choices on others” – but what is cultural conservatism if not a massive attempt to impose the costs of lifestyle choices on others? (On this point, see my critique of Rothbard on patriarchy here.)

If any evidence is needed of the dangers of cultural conservatism, notice that Deist feels moved to invoke an actual Nazi slogan in his closing paragraph:

In other words, blood and soil and God and nation still matter to people. Libertarians ignore this at the risk of irrelevance.

In response to this, I can’t help thinking of these lines from C. S. Lewis’s The Last Battle:

And all the Calormenes banged the flats of their swords on their shields and shouted, “Tash! Tash! The great god Tash! Inexorable Tash!” (There was no nonsense about “Tashlan” now.)

So end all attempts to combine liberty with its opposite.

Owing to a time- and energy-consuming family medical crisis, I’m about two months late in announcing this – the submission deadline’s just over a week away.

But anyway, this year’s APS will be September 29-30 in Pensacola; submission deadline is August 1st. Note also the undergrad essay contest (Alabama students only), which pays $100 plus one night’s stay at the conference hotel.

Alas, I won’t be able to attend this year. Hoping for next year.

One fan’s reaction to watching part 2:

For a long time, one of my most idyllic memories has been of the summer of 1980, which I spent in the St. Paul’s School Advanced Studies Program in Concord NH. 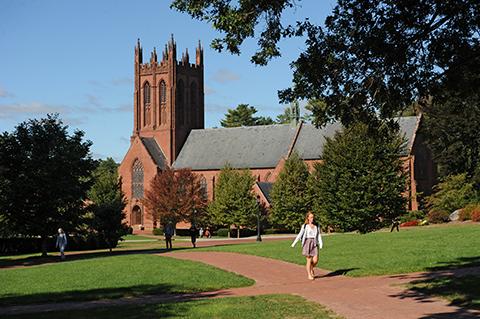 Now it turns out that St. Paul’s has been a hotbed of sexual abuse against students for decades, with at least 23 faculty members (and possibly as many as 34 – at a school where the total number of faculty is only slightly over 100) being guilty of everything from “clear boundary crossings to repeated sexual relationships to rape” – and with the administration having been despicably (though, alas, not atypically) recalcitrant and blame-the-victim-ish in addressing the problem for many years. Some of the named perpetrators are faculty I’d remembered with fondness from my time there.

I always thought that someday when I could afford to, I’d donate money to St. Paul’s. Well, I still can’t afford to, but if I could – sorry guys, nope.

So Carlos Valdes and Tiffany Smith have been seen in the same place at the same time: 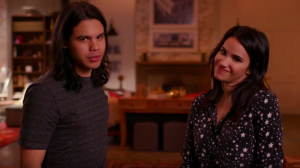 Well, there goes that theory.

So apparently Rothbard is Doctor Who now: 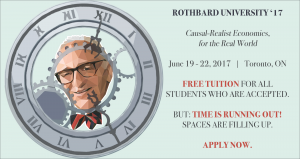 Well, that explains his conversion from lefty to paleo: it was a regeneration! Kind of like from Five to Six.