I’d planned to follow up Macbeth and Hamlet with yet another tale of obsession, vengeance, and fate, namely Moby-Dick (2000), part of the Middelboeverse “Animated Epics” series. 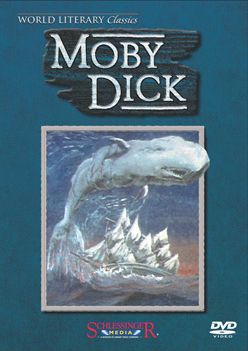 But although I’ve seen it (it’s really good, and features Rod Steiger voicing Ahab), it seems not to be available online at the moment, so instead I’ll jump to the whale of a tale I would have gone to next after Moby-Dick, namely the biblical story of Jonah (1996), part of the Middelboeverse “Testament: The Bible in Animation” series. 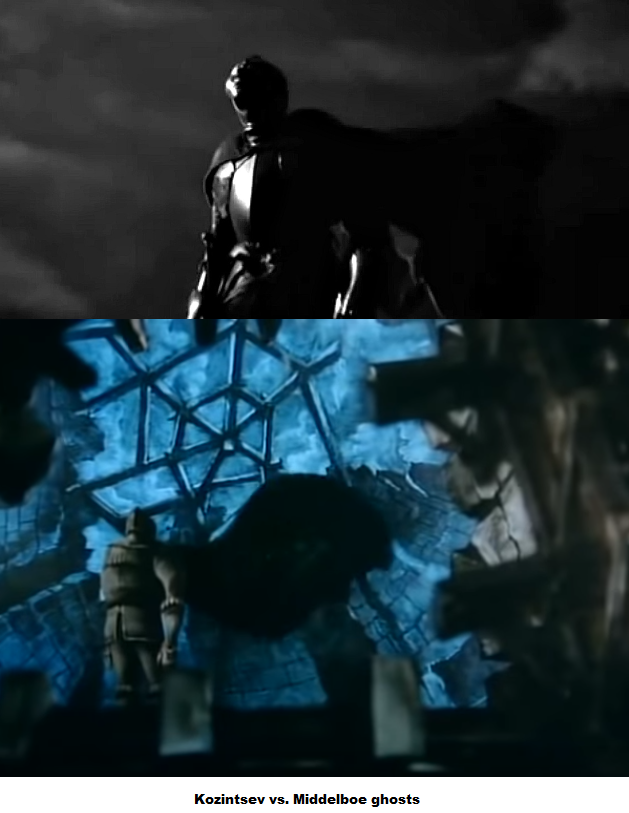 Continuing the theme of Scottish tyrants and female magic-workers, we turn from The Green Man of Knowledge to Macbeth (1992), part of “Shakespeare: The Animated Tales” (another series in the Middelboeverse):

With (for some reason) a special appearance by Gandalf in the final scene!

If Gawain made an apt pairing with Beowulf, so this adaptation (2001) of a Scottish folktale makes an apt pairing with Gawain, as this story’s magical Green Man with his three sinister tests and his magically helpful female relative seems akin to the Green Knight (though the tropes of three sinister tests, and magically helpful female relatives of the villain, are not exactly uncommon in folklore). Once again, as with Beowulf and Gawain, the animation is lovely and atypical.

I’m not sure that Middelboe was involved with this particular episode, but it’s part of the ”Animated Tales of the World” series (most of them Welsh/Russian collaborations) on which she worked as editor, and I’m really just using her name as a handy tag for these various animated-adaptations-of-classic-stories series which share both a common sensibility and a number of recurring artists and actors, usually but not always including Middelboe. And because it’s a cool name. 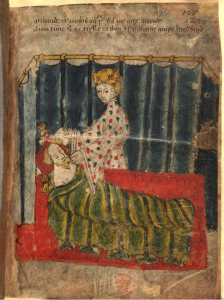 My favourite adaptation of Beowulf – beautiful animation, plus narration by Derek Jacobi:

An interesting choice to make Grendel and his mother look so much like Swamp Thing and/or Man-Thing. (Of course the original poem is quite vague as to their appearance.)

This film is from producer Penélope Middelboe, who’s been involved (as producer, writer, and/or editor) with several series of high-quality animated adaptations of classics; Beowulf is my favourite of the episodes I’ve seen, but from a glance at those available online (both those I’ve seen before and those I haven’t), my impression is that while they vary a bit in quality, for the most part they look really good. So I’m thinking I might view and post one of these per day, alongside my SciFi SongFest.

This one counts for July 11th, since I already posted it to Facebook on the 11th.