Amtrak is in legal trouble.

The rail service provider has long enjoyed an anomalous legal status, as a for-profit corporation created by the U.S. government. But in 2008, the Passenger Rail Investment and Improvement Act, or PRIIA, heightened that anomaly by giving Amtrak a say in crafting and imposing the regulations that the entire U.S. rail industry to follow. And that, the D.C. Circuit Court of Appeals ruled late last month, is unconstitutional.

In the court’s ruling, Judge Janice Rogers Brown expresses concern about the ability of any business entity – public, private, or in-between – to “co-opt the state’s coercive power to impose a disadvantageous regulatory regime on its market competitors.” Inasmuch as PRIAA has ơendowed [Amtrak] with agency powers, authorizing it to regulate its resource competitors,” Brown argues, the act “violates the Fifth Amendment’s Due Process Clause by authorizing an economically self-interested actor to regulate its competitors.” (Association of American Railroads v. U.S. Department of Transportation, 29 April 2016)

It remains to be seen whether the Supreme Court will agree; in the past it hasn’t always seen eye to eye with the D.C. court on issues involving Amtrak. George Will is not optimistic; writing in the Washington Post, Will sees PRIIA as a symptom of an increasingly bipartisan conviction that “the separation of powers is an anachronistic inconvenience,” and looks forward gloomily to a future characterized by the “steady permeation of ostensibly, but not really, private entities with government’s presence,” which he takes to have been “progressives’ consistent goal … for a century.” (“Amtrak’s for-profit regulation,” Washington Post, 11 May 2016) 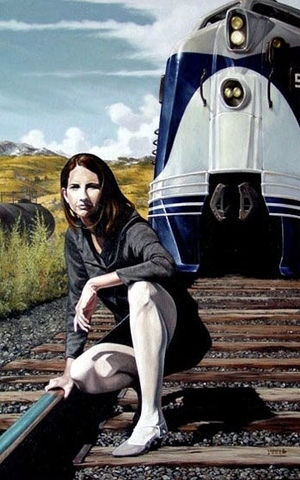 The ruling, whether it ultimately gets upheld or overturned, raises broader questions about the relation between business and government in general.

While describing Amtrak as a “wholly unique statutory creature,” Brown recognizes that the problem extends beyond Amtrak’s specific legal status, charging that “government’s increasing reliance on public-private partnerships portends an even more ill-fitting accommodation between the exercise of regulatory power and concerns about fairness and accountability.”

In fact, though, the problem is still broader than that – and broader, too, than lack of respect for the constitutional separation of powers, which is the chief moral that George Will draws from the case. Even in the case of businesses that are not officially public-private partnerships, it is all too common for favored firms to lobby successfully for regulations that help them and hinder their competitors, and even to get their representatives onto the regulatory boards.

This phenomenon of regulatory capture is by no means anomalous, nor is it something that can be fixed by a few simple reforms. On the contrary, it’s the virtually inevitable result of the state’s power to regulate. The interests that benefit from regulatory favoritism tend to be concentrated; the interests that are harmed by it tend to be dispersed. Hence the proponents of regulatory favoritism have more incentive, and opportunity, to lobby for it than its opponents have to lobby against it. So long as the state retains its regulatory powers, then, the weight of economic incentives will continue to push toward policies of cronyism.

Indeed, the root of the problem lies within the institution of the state itself. If it’s a bad idea, in Judge Brown’s words, to allow “an economically self-interested actor to regulate its competitors,” then what are we to make of the state, which by definition claims a territorial monopoly on the provision of legal services – legislation, adjudication, and enforcement? What this territorial monopoly means is that no one can offer those services without the state’s approval and oversight. Should we expect government to exercise this monopoly fairly and wisely?

Without the discipline of vigorous market competition, firms lack the economic incentive to provide good value to their customers; moreover, even apart from the issue of incentives, without the feedback of price signals, firms lack the information needed to determine how best to satisfy customer preferences. Thus when a firm holds the legal right to put it competitors out of business, the foreseeable results – as any economist will tell you – are high prices, low quality, inefficiency, and abuse of power. Why should we expect this economic truism to apply any differently to the state than to anything else?

The problem isn’t just Amtrak. Nor is it just public-private partnerships, or even regulatory favoritism toward crony capitalists. The problem is the state itself. And thus the problem won’t be solved until the monopolistic entity known as the state is replaced by the more level playing field of a polycentric legal order.

Questions and Answers on Workplace Democracy
Greeks You May Have Missed

2 Responses to The Problem Doesn’t Stop With Amtrak