For various reasons (well, mainly money), the fourth issue of the Molinari Institute’s left-libertarian publication The Industrial Radical has been delayed for nearly a year; but today it is finally at the printer. Issue I.4 features articles by William Anderson, B-psycho, Jason Byas, Kevin Carson, Nathan Goodman, Irfan Khawaja, Tom Knapp, Smári McCarthy, Grant Mincy, Anna Morgenstern, Sheldon Richman, Amir Taaki, Mattheus von Guttenberg, Darian Worden, and your humble correspondent, on topics ranging from the Manning / Snowden whistleblower cases, the protests in Brazil, deference to authority, America’s foreign policy morass, Obama’s war on the environment, and the myth of 19th-century laissez-faire to alternative currencies, identity politics and intersectionality, abortion opponents as rape apologists, the Trayvon Martin / George Zimmerman case, the inside scoop on PorcFest, and why anarcho-capitalism cannot be a form of capitalism.

Issue 2.1 will follow soon thereafter, and we’ll be on an accelerated schedule until we’re caught up.

With each new issue published, we post the immediately preceding issue online. Hence a free pdf file of our third issue (Spring 2013) is now available here. (See the first and second issues also.) 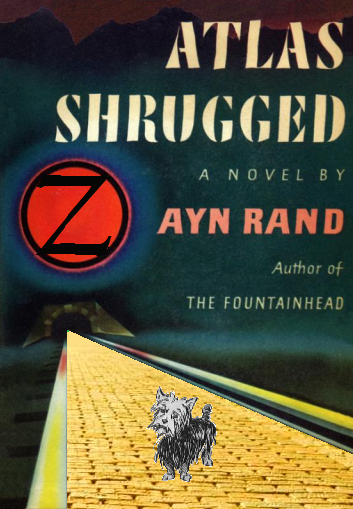 The headline of today’s Opelika-Auburn News boasts that Auburn has made the list as “one of the best small cities for eduction [sic].”

Timothy Messer-Kruse’s The Yankee International: Marxism and the American Reform Tradition, 1848-1876 is an interesting book, documenting the history of the freewheeling American branch of the International Workingmen’s Association before the Marxists kicked the feminist, anarchists, and antiracists out. (Stephen Pearl Andrews, Victoria Woodhull, Ezra Heywood, William Greene, J. K. Ingalls, and by some reports Lysander Spooner were members.)

But this passage about the Paris Commune gave me pause:

“Sadly, the Commune was short-lived, and soon a vicious counterrevolution on the part of Napoleon III, aided by Prussian troops, had turned the tide.” (p. 100)

Um. The Commune lasted from March through May of 1871. Napoléon III had been taken prisoner (not a straightforward sense of “aided”) by Prussian troops at the Battle of Sedan in September of the previous year. Upon his release in March 1871 (consequent to the resolution of peace negotiations ending the Franco-Prussian War), he went into exile in England and spent the rest of his life there. Thus he had no role in the French government from September 1870 on. There was indeed a “vicious counterrevolution” in response to the Commune, and I’m sure that, had Napoléon III been in power, he would have happily led it. But he wasn’t and didn’t.

So now I worry, if the book is wrong about so basic a fact of history, what else is it wrong about?

Over at C4SS I’ve posted the abstract to a paper on Left-Libertarianism: Its Past, Its Present, Its Prospects that I’ll be presenting at the MANCEPT 2014 Workshop on the Current State of Libertarian Philosophy in Manchester UK in September.

As it happens, Kevin Carson has a more detailed post up on the same topic: What Is Left-Libertarianism?

Read them both – or be left out of all the cool conversations among the cool people in the corridors of counterpower!

It is so easy to say “we” and bow our heads together.
I must say “I” alone and bow my head alone
for it is I alone who is living my life.
I have beloved companions
but they do not eat nor sleep for me
and even they must say “I.”