There’s a widespread impression that Zeno’s proposed problem is that after you reach the halfway point to your destination, you then have to go halfway to the remaining distance, and so on ad infinitum, so that you get closer and closer to your goal but never reach it.

But that’s not how the paradox goes. The problem is much worse. The paradox is that before you can get halfway to your destination, you have to get halfway to the halfway point, and so on ad infinitum, so that you can never even start moving. (Here’s Rose Wilder lane making the same mistake.)

Probably the mistake arose from someone conflating this paradox with another of Zeno’s paradox, the Achilles, in which the fastest runner gets closer and closer to catching up to the slowest runner. 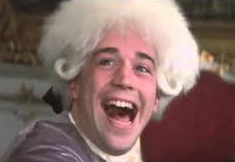 A solemn, slow march … introduces the assembly of the priests [in The Magic Flute] in the most appropriate manner. It is said that in answer to the accusation of a friend that he had stolen this march from Gluck’s “Alceste” (Act I., sc. 3), Mozart laughingly replied that that was impossible, as it still stood there.
(Otto Jahn, Life of Mozart, vol. 3, trans. Pauline D. Townsend (London: Novello, Ewer & Co., 1882), p. 323.) 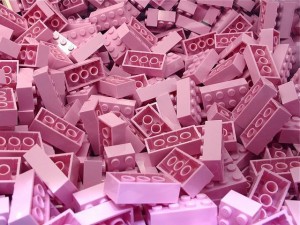 Libertarian philosopher Billy Christmas writes to inform me of the following call for papers:

We invite submissions for Brave New World 2016, the twentieth annual postgraduate conference organised by the Manchester Centre for Political Theory (MANCEPT). The conference will take place on Monday 20th and Tuesday 21st of June 2016 at the University of Manchester.
We are pleased to announce that our keynote speakers this year will be:

The Brave New World conference series is a leading international forum dedicated to the discussion of postgraduate research in political theory. Participants will have the chance to meet and talk about their work with eminent academics, including members of faculty from the University of Manchester, as well as the guest speakers who will deliver plenary addresses.

The deadline for submissions is 22nd April 2016. If you would like to present a paper, please send an abstract of approximately 400 words in MS Word format and prepared for blind review to brave.new.world@manchester.ac.uk. Please also state your name and institutional affiliation in the email. Papers focusing on any area of political theory or political philosophy are welcome.

Notices of acceptance will be sent by 6th May 2016.

We offer a number of bursaries for presenters to cover accommodation and travel expenses. These will be allocated according to need. If you wish to be considered for a bursary, please say so when submitting your abstract and state where you will be travelling from and any other sources of funding you have available to cover costs. For further details please contact us at brave.new.world@manchester.ac.uk. 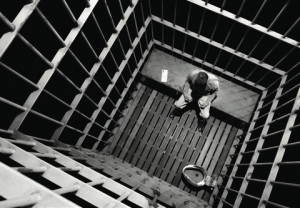 The C4SS prison abolition panel, originally scheduled for last year’s APEE but sadly cancelled, is being revived for this year. The panelists will be Dan D’Amico, Gary Chartier, Jason Byas, Nathan Goodman, and myself. Jason and Nathan need some financial assistance getting to the conference; if you’d like to help, please check out our GoFundMe page.